When it comes to the best RAM, higher end kits typically play things fast and loose—that's to say, the faster RAM is rated to run, the looser the timings. That's not so with G.Skill's new "extreme low latency" 32GB (4x8GB) DDR4-4000 memory kits. 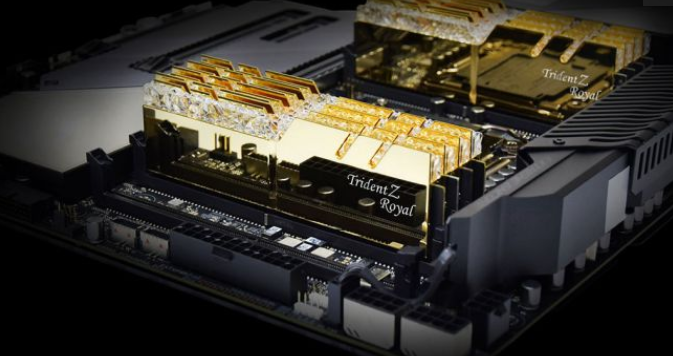 These new kits seemingly have it all, in terms of capacity, speed, and timings. At full bore, G.Skill says these kits can hit 4,000MHz (effective) with 15-16-16-36 timings. G.Skill validated its speed claims on an MSI Meg Z390 Ace motherboard paired with an Intel Core i7-9700K processor.

For the most part, RAM speed and capacity matter for gaming more than lower latencies. Nevertheless, it's impressive that G.Skill managed to combine all three (speed, capacity, and low timings) in a single package. In addition, G.Skill claims these new kits yield a noticeably bump in bandwidth performance on Ryzen systems.

Realistically, you're not likely to see a huge real world difference between two kits of the same speed and capacity that have different timings. It's still a noteworthy achievement, though. It's also not surprising that these kits are comprised of Samsung's B-die memory chips, as found on many of the top performing memory kits.

This combination of speed, capacity, and timings will be available in G.Skill's classic Trident Z and newer Trident Z Royal memory products, starting in the fourth quarter of this year. As usual. G.Skill did not say how much the kits will cost (we can safely assume they'll be pricey).